Smart home is something you want when you are looking to save time for doing menial tasks like going to a tube light to switch it on or when you want to know what the weather is without being too sure if it spells ‘wheather’, ‘whether’ or ‘what is synonym for climate?’.

If you are a perfectionist and like things a certain way, you might want to go an extra mile and build an open source smart home hub device yourself tailored to your particular needs. So, the first Question to pop in a keen mind such as yourself is, “What actually is a smart home hub?” To explain with an example, just like the central processing unit is the brain of a computer and controls all its connected devices after you give simple commands, a smart home hub is the brain of a larger system of compatible devices like tube lights, fans, television, blinders, etc which you can automatically control by just giving simple modifiable commands to the Smart home hub.

Open sources are sources that do not require permission to access, are generally free to the public and usually credible in nature and as mentioned earlier, those individuals and families with specific needs, can build a smart home hub themselves using relevant hardware and opensource platforms mostly available for free on the internet giving them more freedom for customizations. Some of the key advantages of the this home open source automation is that it does not take a toll on your electricity bill because of its low power consumption; can work with just a stable internet connection with significantly low data consumption due to its ability to sleep and wake according to use.

Mozilla webthings is a no fuss simple and effective… There is no hype about its fancy UI. But there is the thing… it works without being noticed…

Now for the important part of this article, lets go on a journey to find out how to build your own ‘Raspberry pi home automation system’ using the Mozilla webthings platform as your primary software. So, first let us get acquainted with the basics. To build any smart home hub device, you would need some hardware, preferably something that can be plugged in or connected to other devices and which would also have the ability to have devices get plugged, into itself; you would need a local network connection or WiFi connection; and you will also ultimately need a software to programme it which is so generously available in the open source websites. Here, in our scenario, we are making a ‘Raspberry Pi home automation system’ where raspberry Pi will be our hardware and Mozilla’s webthings will be the software.

Now, raspberry pi is a Single Board Computer(SBC) which can be connected to other computers and has the facility of a USB port. For the Purpose for Mozilla webthings raspberry pi 3 Model b+ or Raspberry Pi Model 4 are suitable. Raspberry Pi has network supports like Bluetooth and WiFi for better connectivity.

2. Since the raspberry pi is a Single Board Computer , we need to have a SD card to enter the software. Preferably 16GB or higher(upto 64GB) 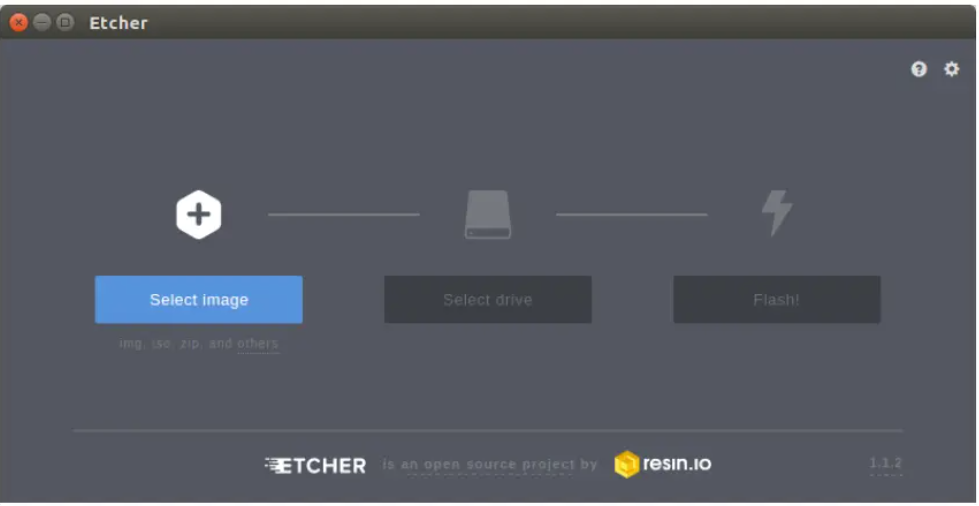 2. Github.com also gives a detailed set of instructions (You can insert the following code for a headless boot)

2. Rules engine: for further customization you can use rules engine which also supports, ‘If this, then that’ kind of rules. For example, ‘If plug A is switched on, then switch off Plug B’. You may give each rule a name if you like and view it on the rules engine screen.

3. Floor plan: As the name suggests, by clicking on this option you can set up a floor plan of all compatible and paired devices across your house. You can click the pencil icon or edit button to view the image of your floor plan. You’ll need to create the floorplan image yourself. To assist you for this online tools or graphics editors are available, or you can just scan of a hand drawn map of your home. You can arrange devices on the floor plan by dragging them around the screen. Don’t forget to save.

4. Voice UI: One of the striking features of the Mozilla webthings gateway is it allows the Raspberry pi smart home to be controlled with voice commands. To do this, go to the ‘experiments’ option in settings. Once the ‘Speech command’ setting is on, a microphone icon will appear with the rules engine and floor plan icon. If your mobile or computer has a microphone, you can tap the microphone and issue a voice command to the anny connected device or to a room of connected devices like, “turn bedroom lights on”.

Based of properties, these are the capabilities and functions that the Mozilla webthings can perform!

For the simple minds of your family members, all these technicalities will sound jargon! If you wish to impress them, the best way is to switch on a smart bulb without having to get up from your chair. In order to do this, it is essential for you to know at least some of the smart bulb companies that can be connected to the raspberry pi smart home. here are a few:

And for those of you who wish to go the extra mile, here are a few more devices:

So, it should be evident by now as to why Mozilla webthings is gaining so much attraction, It is mainly because of 2 reasons, it is ‘free’ and it ‘lets you do your own thing’. With customization becoming the norm these days to stand out in community, enthusiastic users are now increasingly swarming towards Raspberry smart homes equipped with Mozilla.

There are certain differences between the established open source home automation platforms like OpenHAB, Home assistant and Mozilla things gateway. To count a few:

To some extent we can presume that Mozilla webthings might just replace the proprietary smart home hubs like Logitech harmony and Wink. This is mainly due to a more appealing user interface of Mozilla . Mozilla webthings is the go-to platform for a single home, its user interface is not as fancy as OpenHAB or Hassio making it more understandable for newbies. It is a simple system with huge potential to improves, it has universal connection with most devices and has a free cloud storage facility unlike some home automation open sources like Hassio. Being independent, it has the potential for much better voice command integration than the likes of Alexa, Google nest hub, Lenovo smart displays and other paid open sources. Alexa and google also do not generally support Z- wave and ZIGBEE.

One of the other key features is the diversity shown by Raspberry Pi, as it can not only make smart home hubs but also printers, gaming machines, smart TVs, assists in basic robotics, still cameras and many more things.

To explain one of the features you can customize, here is an example, ‘Smart Door- bell ring, automatically switches on the door camera to take a snapshot.’ This has such positive security applications and so on. Here, the command to take a snapshot was an automated command which you don’t have to make separately every time giving you the benefit of convenience!

So, there you have it, Opensource smart home hubs are the future of fine housing with Raspberry Pi smart home taking the lead with Mozilla webthings being the most ideal home automation opensource candidate.

WiFi Repeater vs WiFi Extender: Which one to choose from?

How to extend your Wi-Fi outdoors

How to use Nord VPN

ABOUT US
2020 All Rights Reserved by iottrends.tech
Contact us: abhinav.bhardwaj@iottrends.tech
FOLLOW US
© 2020 iottrends.tech- All rights reserved
wpDiscuz
0
0
Would love your thoughts, please comment.x
()
x
| Reply